The history and education of students going into psychiatry after medical school includes an unmovable philosophy and curriculum based upon what is called "the medical only model" in which YOU are reduced only to your body being a "machine" or mechanistic model. The field of medicine which psychiatry falls under, not psychology, is not trained in and even goes so far as to deny, what is known as "Qualia".

Qualia is that "non-mechanistic" metaphysical quality we all possess. Qualia is the very essence of what makes us human. Qualia is woven into the very fabric of our lives and our beings and it is that which moves us to uncontrollable laughter and brings us to unstoppable tears as we journey through our own life's timeline. It is that elemental, mysterious, force many refer to as God, Spirit, our soul/spirit, emotional or even quantum energy, if you will. Put another way, qualia is an undefinable essence that animates all things (anime/anima). The feeling of joy birth of a child, the feeling of the thrill behind a lover's gaze, the feeling behind "spirit of Christmas" or a religious experience.  Qualia "features" can be observed in plants, animals, humans, and the cosmos. In nature, qualia features are evidenced by the innumerable diverse types of species and vast life giving contributions to the balance of the entire ecosystem. In humanity, qualia features are expressed through our emotions, personality and behaviors. At the Cosmological level, Qualia is also that energy & frequencies which governs both Newtonian and Quantum Physics, the "governance" of all the cosmos (the basis of Tesla's research and findings).

Metaphysically speaking qualia features have been written about by ancient poets and mystics since the dawn of written history. Great qualia works can be felt in such literary masterpieces  as the 13th-century Persian poet, jurist, Islamic scholar, theologian, and Sufi mystic Rumi, or in The Prophet, a book of 26 prose poetry fables written in English by the Lebanese-American poet and writer Kahlil Gibran. Moving forward in time, it is contained in the great contemplative works of Rome's finest generals and emperor, Marcus Aurelius, simply entitled Meditations. Or more contemporary, in the works of Keats, Shelley, and Lord Byron. Qualia is that eternal dual/non-dual dance, the Mahayana Buddhism's "dance of Leila" within all of our internal and external worlds. Qualia is your very own mind/consciousness evolving and unfolding in a beautiful symbiotic dance of biological, cosomological and consciousness evolutionary growth~for eternity.

I invite you to enjoy one of the very best explanations I've heard of capturing the essence of a Qualia-led life from Alan Watts, the late philosopher, prolific author and Eastern Zen Master. My own lifetime journeys have shown me the same conclusions which is why, as a Health Psychologist, I incorporate these timeless truths that allow for sustainable healing outside mainstream notions of healing.

Here is a scientific fact that surprises many~especially when I teach my graduate students research methodologies. Qualia CAN be measured! Yes! At first this may seem impossible. But in fact, capturing qualia is the very point and basis of ALL social science research. There are four types of scientific research methodology all scientists choose from to conduct. Quantitative (natural sciences), Qualitative (social sciences) or Mixed Method (combo of both), and finally Meta-Analysis (compilation of ALL research in that area to report on trend). Social scientists such as psychologists, sociologists, and even marketers and economists conduct all four oftentimes given the fact that the sheer amount of data yields more accurate results. In fact, the livelihoods of marketers depends upon the ability to accurately "capture" Qualia. Why is that?

Qualia research is evidence based, peer-reviewed and passes the highest of scientific validity and reliability tests....the ability to predict! Yes this is the highest of all standards of any valid scientific result, can it make inferences to the larger population (aka, do the results meet the scientific muster of p=<.05 predictive value?) Starting to see the value of social science now? Marketers know this is the golden key that unlocks the door to millions, Qualia capture is the power of an oracle, a crystal ball if you will. The ability to capture Qualia, my own life passion, pursuit and career contains the only real power for individual and social change.

Understanding Qualia, and the scientific fact that "it" can be measured, is to fully understand and respect the very purpose and historical contributions of the social sciences (as opposed to the natural sciences). Capturing Qualia in individuals, groups and society is empirically based social science and the language of psychology. The social sciences have made invaluable scientific contributions over the course of the last three centuries and the understanding from their research has greatly advanced human growth and development as well as on the forefront of the new 21st century field of research emerging, (of which I am as well!) the evolution of our consciousness. Very exciting evidence is emerging! This is the very basis of all social science research and investigation, beyond describing, the true value of psychology lay in the power and ability to predict all behaviors. Social science contributes to a greater understanding of our reality. Social scientists have successfully predicted the success/failure outcomes of children with several longitudinal studies following each and every child for years gathering precise data with results of p=<.05 accuracy. These have been replicated. Therefore psychologists can now strongly "prove" a model I borrow from computer programming referred to as ITTT meaning "if this, then that". So, for a grossly simplified example from years of psychological research would then be, "IF you beat, belittle, humiliate, or ignore your child during critical developmental periods, THEN they will most likely (odds are very high) develop a multitude of paralyzing personal/professional deficits (i.e. attachment disorder, personality disorders, or may jump start schizophrenic expression at the DNA level, etc) THAT they most likely will never overcome".....according to the results of several maticulously conducted observations & data collection of thousands upon thousands of children of all age groups and in all western cultures over several years!

At the end of the day, your day, you alone are the captain of your ship and the arbiter of your health and well-being. So choose your doctor wisely, choose a doctor that bases their treatments on seeing you as a whole person exploring and healing your "Qualia".... bringing a sustainable awakening and healing. 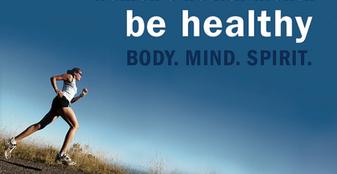 Should you choose a Doctor of Psychology (PhD or PsyD) or a Doctor of  Psychiatry (MD) when seeking a best fit for you and your family's mental/emotional health & wellness? What's the Difference? I can't tell you how many times I have been asked this question over the course of my 25+ years in professional psychology! That's not to mention the many titles, degrees and licensure programs for other mental health workers who are not  doctors such as LPC, LCSW, LMFT, psychiatric nurses and others. For now I will start with my number one all time question asked since becoming a doctor. Check back on my YouTube channel for upcoming episodes explaining other differences between the multitude of additional qualified mental health professionals who are trained to help you with life challenges. Without actually diving into the history and development of the two professions first watch this contemporary video which is the best explanation I've found between our fundamental right to evolve & grow through life's challenges (which are many) by leaning into and successfully moving through your pain/grief rather than labeling & masking (the medical model)  your pain and suffering with legal drugs thereby robbing you of the lesson of your challenge~what is the pain trying to tell you?